Walter was born in 1894 in Leominster Hereford. His parents George and Esther had 11 children, born and raised in the Midlands. For many years, his father was a police officer, later an insurance agent so the family moved to different areas. From 1913 the family’s address was Mill House Scroggs Bridge Staveley. 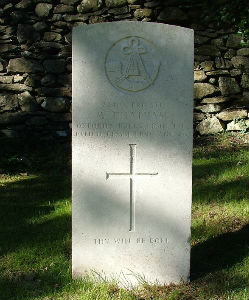 Unfortunately, no military information has survived
but there is an In Memoriam in the Westmorland
Gazette on 27th December 1920:

Walter is buried in St James churchyard and has a CWGC Headstone.

James & Dorothy Nicholson resided at Bankside Staveley, and James was a timber merchant. They had 8 children, the youngest son born in 1896 was Bertie Rawlinson Nicholson. His mother & all the children were born and grew up in Staveley, and in the 1911 Census Bertie, then 15, was assisting in his father’s business. Towards the end of the war, Bertie enlisted as a private in the Machine Gun Corps but was soon hospitalised. 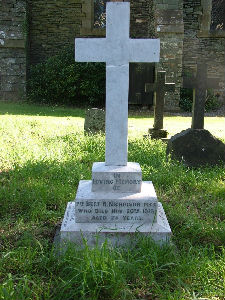 from the Westmorland Gazette.

From his parents, Bankside, Staveley”.

Bertie is interred in the family plot in St James Churchyard, Staveley. 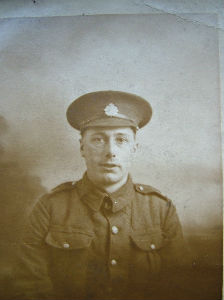 ohn & Mary Ann(known as Polly) Raven lived at The Square Staveley with their 8 daughters and 2 sons. Samuel was the elder son, born in 1890. John & all his children were born in Staveley. In 1911 Samuel & his father were employed at Staveley Woodturning as bobbin turners.

He served for over 2 years in India in the 1st/4th Border Regiment.

An article in the Westmorland Gazette says: 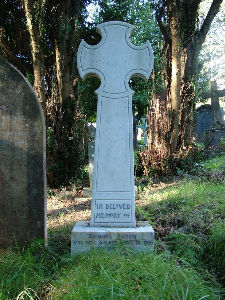 “Died after a long illness. He was invalided home from India in May 1918”

Samuel died on 10 April 1919, aged 29, leaving a wife Olivia, whom he had married in 1915 and a little daughter. Samuel is buried in St James Churchyard, Staveley. 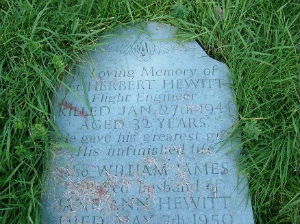 He was the husband of Ivy Hewitt and the youngest son of Mr & Mrs W. Hewitt of Abbey Square Staveley.

He joined the RAF in 1940, prior to which he was employed by Messrs. McCormack’s Kendal before accepting an appointment with the London Co-operative Society Ltd.

Private Alan Wilson died at home as the result of an accident on the 16th March 1944. 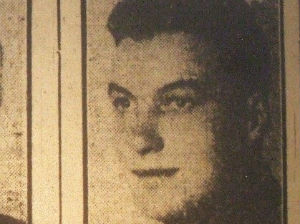 He was the son of Edward & Bell Wilson of Staveley. He had seen active service in North Africa, Sicily & Italy.

Sergeant Isaac Morris was killed on active service on 18th July 1944, whilst returning from operations over enemy territory. He had served in the RAF for over 2 years. 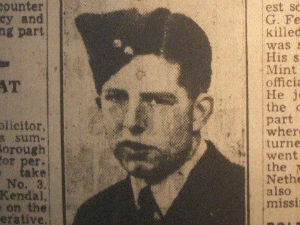 He was the only son of Mr & Mrs Joseph Morris of 34 Mint Street Kendal. 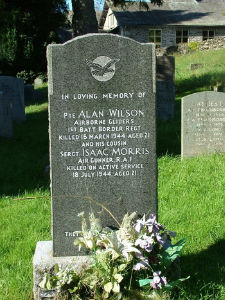 Further details of the WW1 soldiers will be added to Our WW1 Remembrance page around the time of the 100th anniversary of their deaths.